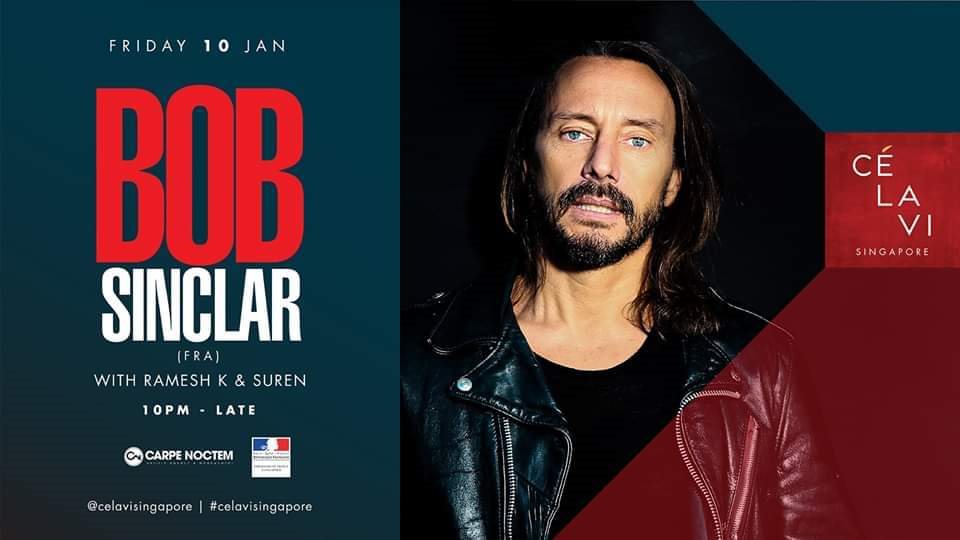 They say how you start your new year will define your year. So why not start your year with good music and good vibes? This January, Singapore’s hottest rooftop bar CÉ LA VI is bringing out France’s hottest Electronic music producer and DJ, Bob Sinclar. From the age of 17, the French legend has built a stellar career since he began playing Funk and Hip Hop for crowds—which eventually evolved to French house music, relying heavily on disco strings.

After his track sampling of Jane Fonda’s Gym Tonic catapulted his sky-rocketed his career in the late 90s, the artist has since then worked with some of the greatest names in music like Lionel Richie, Snoop Dogg and Sugarhill Gang. His world-renowned burlesque-inspired party series, Paris by Night has been featured at top party destinations such as Ibiza, Paris, Miami and Los Angeles.

Stand a Chance to Win One Year Supply of New Moon’s...