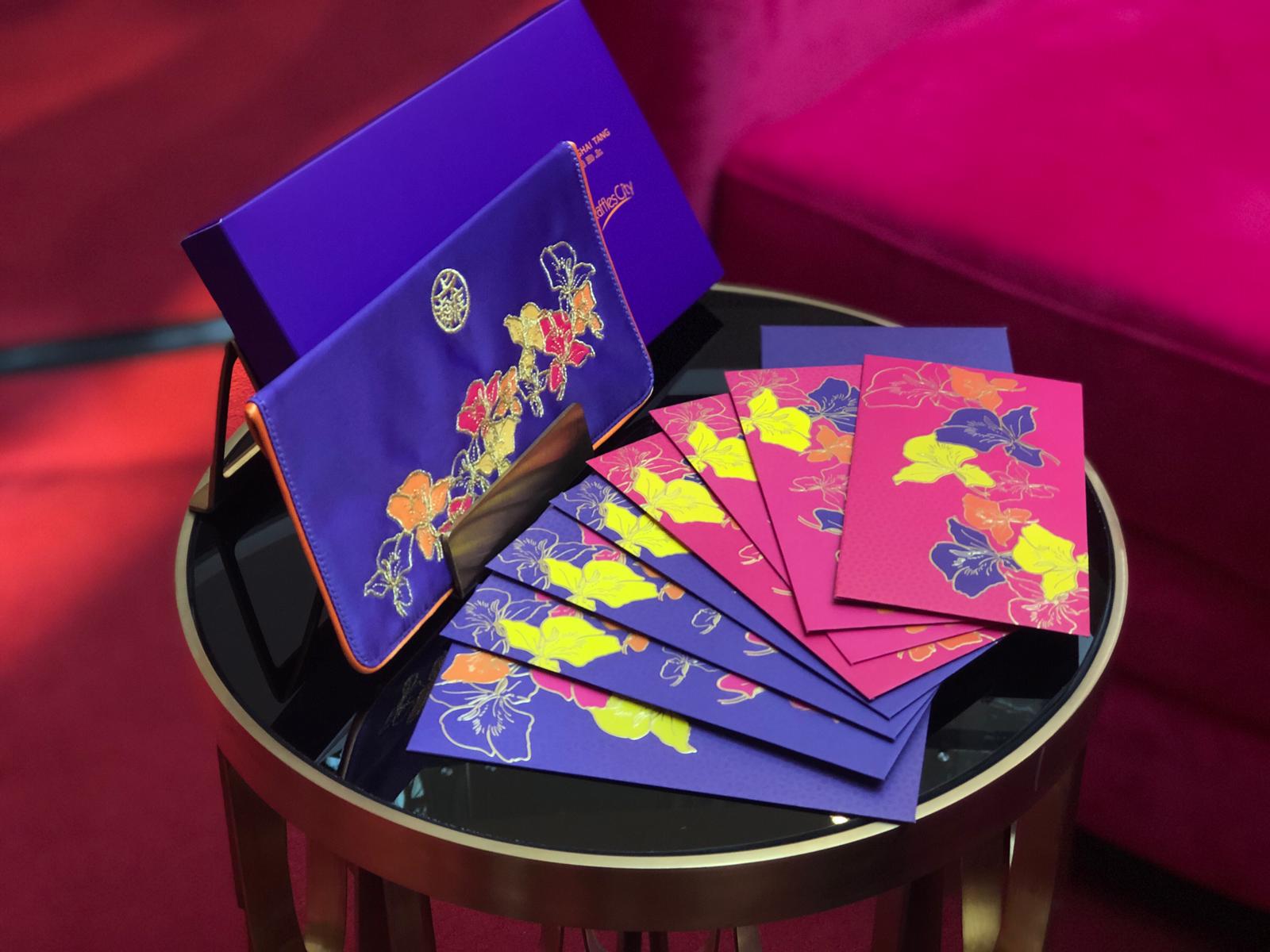 Raffles City Singapore ushers in Spring 2020 in the city with a series of Lunar New Year specials including an exciting collaboration with modern Chinese chic fashion label, Shanghai Tang. From today till 9 February, enjoy exclusives and promotions as you prepare for your New Year celebrations with Raffles City Singapore.

Marking the first stop on its Asian city tour, Shanghai Tang is launching its first pop-up store at Raffles City Singapore, located at Level 1 Water Court. Shanghai Tang will be offering a complimentary embroidery service at the pop-up with each purchase of a polo t-shirt (price ranges between S$160 and S$260). Shoppers can choose from four different fonts and four coloursways as part of the embroidery personalisation service, making for an exquisite gift for themselves and loved ones. Shoppers can also check out the photo wall located at Raffles City Level 1 Artsquare, featuring the brand’s iconic Ginger Flower motif.

Also making its debut at the Shanghai Tang pop-up is Victoria Tang-Owen’s first “Back to the Roots” collection, representing a new beginning while paying tribute to the origin of the brand as Shanghai Tang celebrates its 25th anniversary this year.

The new collection includes two versatile bags that will be launched at Raffles City Singapore from 10 till 24 January. The Chinoiserie Print two-way Crossbody Clutch ($375) and Chinoiserie Print Shopper Tote ($565) feature the ‘chinoiserie toile’ graphic designed to showcase Shanghai Tang’s heritage and acts as the starting point and key visual for the collection.

To celebrate the Lunar New Year and the Year of the Rat, Kate Spade New York has partnered the iconic Tom and Jerry duo to create an exclusive line of ready-to-wear, handbags, small leather good and accessories.

The nine-piece collection features the brand’s signature spade floral motif and classic Kate Spade silhouettes, all reimagined to feature Jerry peaking mischievously out of his favourite hiding place. The collection is currently available at Kate Spade New York Raffles City Singapore. Also, look out for Kate Spade New York’s Spring 2020 collection on 5 February as you prepare to set off on your next big adventure. Green is the palette of choice in this city safari inspired collection. Feminine shapes are paired with sporty pops, preppy hints, ladylike accents, and utilitarian touches. The collection uses texture-on-texture as a fresh spin to print-on-print such as tweed with lace or raffia with crochet.

Stand a chance to win a princely staycation package for two with every $50 spent (in a single same day receipt). Enjoy a 2D1N stay at the Crest Suite in Swissotel The Stamford with Level 65 Executive Lounge access, an afternoon tea for two at Anti:dote, a three-course dinner for two at SKAI Restaurant and be pampered with a relaxing 60-minute Bliss Spa Couple Treatment Package for two at Willow Stream Spa to complete your day. Terms and conditions apply.

From 5 January, visit Raffles City Singapore and revel in the beauty of Chinese heritage and artistry with a series of activations such as ‘Art in the City’ featuring a display of skillfully executed calligraphy and intricate stone carvings, or experience the rich culture of Chinese tea brewing with an exquisite selection of imported premium teas. On 26 January at 12.30pm, usher in the dawn of a new Spring to the beat of a roaring lion dance and welcome the New Year with abundance.

ABOUT US
Providing you with the best news and offers.
Contact us: sales@craziben.com
FOLLOW US
© Copyright 2019 @craziben
MORE STORIES
Beauty

A LOOK AT THE BODY SHOP’S Complete CHRISTMAS 2020 Range!

5 Picturesque Starbucks Outlets You Need To Check Out!