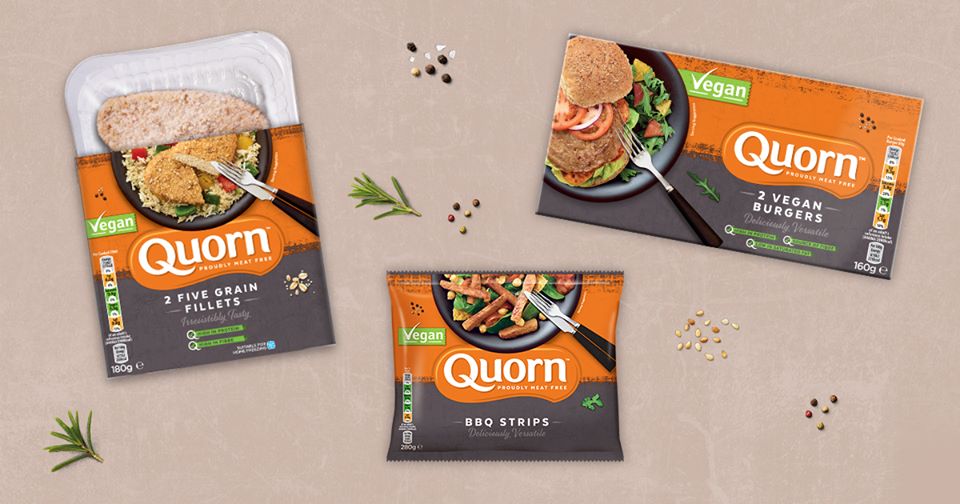 Traditionally, we’ve known that meat is the best source of protein. But with the advancement of science and food technology today, how accurate is that statement? Meet Quorn, the world leader in meat-free and GMO-free good. With over 30 years of scientifically backed health and environmental research, Quorn has announced new findings through a breakthrough study at the quadrennial Asian Congress of Nutrition 2019. Quorn has revealed that Mycoprotein, the protein-rich food found only in Quorn products, stimulates resting and post-exercise muscle growth to a greater extent than milk protein—including, what is normally found in popular protein shakes.

Which makes it a no-brainer that Quorn is an athlete’s favorite choice of food. Liverpool Football legends and Manchester Football legends such as Jerzy Dudek, Jari Litaman and John Arne Riise, Wes Brown, Eric Djemba Djemba came down to Singapore last week to compete in Battle of The Reds, a friendly-match of epic proportions—when we asked them their secret to their strength and stamina? Mycoprotein.

We tried some Quorn products, including their vegan sushi, fishless fingers and crispy nuggets and dare we say—not only does it taste exactly the same as the meat-version, but it is undeniably delicious! It made us feel even better knowing that these delicious delicacies were giving us all kinds of health benefits. Their products might be able to make you bid goodbye to meat itself.

With its scientifically-proven health benefits, versatility as a food ingredient and environmentally sustainable processings, Quorn is well positioned to fill the gap in the diets of people in Singapore and Southeast Asia, driving the future of food for the planet.

Chinatown Food Street will be reopened on 1 December 2020. Six New Dining Ideas and The return Of Heritage Street Food

ABOUT US
Providing you with the best news and offers.
Contact us: sales@craziben.com
FOLLOW US
© Copyright 2019 @craziben
MORE STORIES
Blog

Taste The Rich Flavors of 30 Latin American Countries at TONITO...